Dr Christiaan Victor completed his undergraduate degree (BChD) at the University of Pretoria (UP) in June 2001. During his final year, he was selected to participate as an exchange student to the Dental school of the University of Nijmegen in the Netherlands.

Currently, he is based full time at his private practice in Pretoria where he has practiced since 2002 after completing his community service.

We are offering 2 Modules on two separate days in Johannesburg, Cape Town and Durban. You have the opportunity to attend both modules. 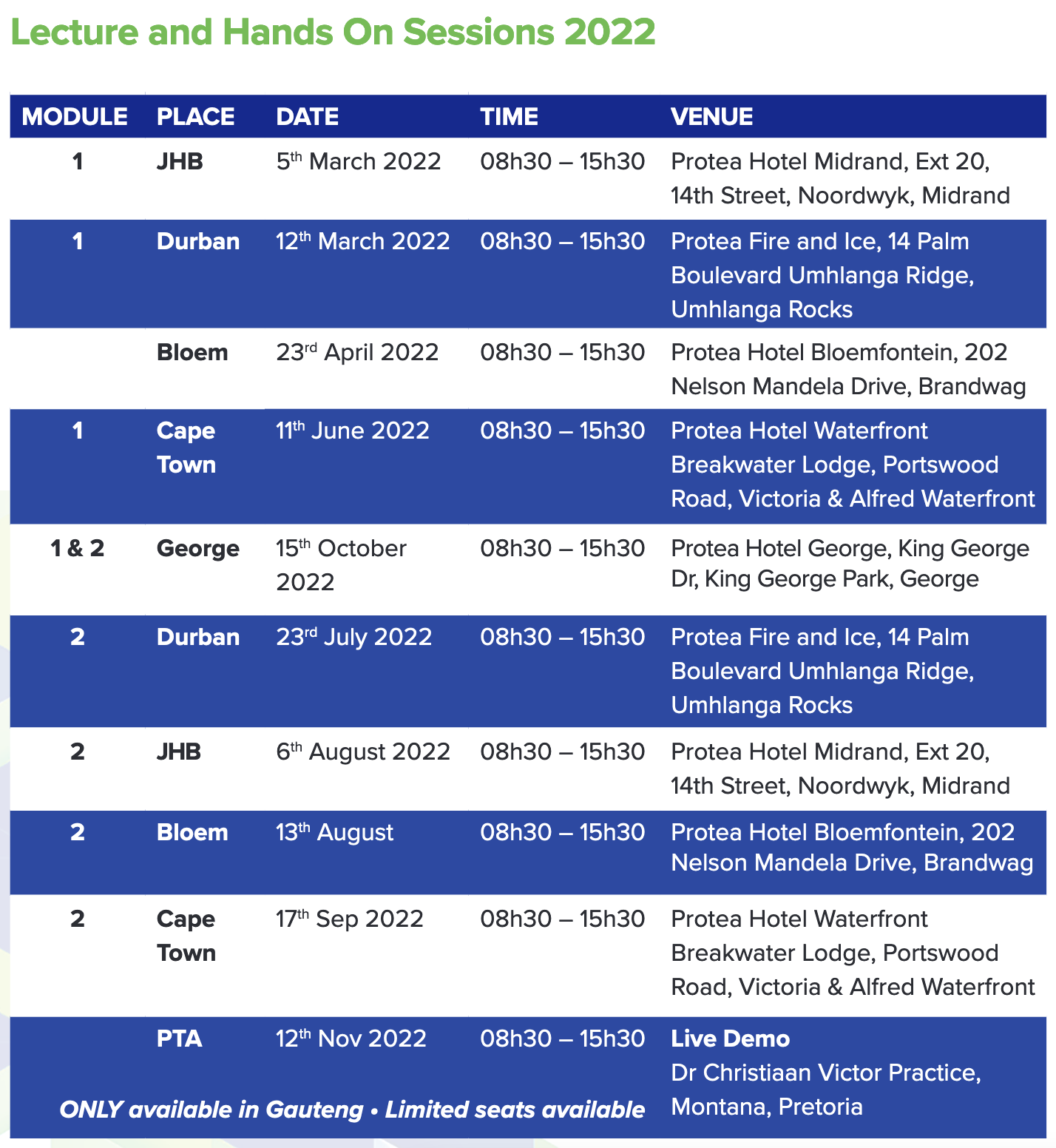 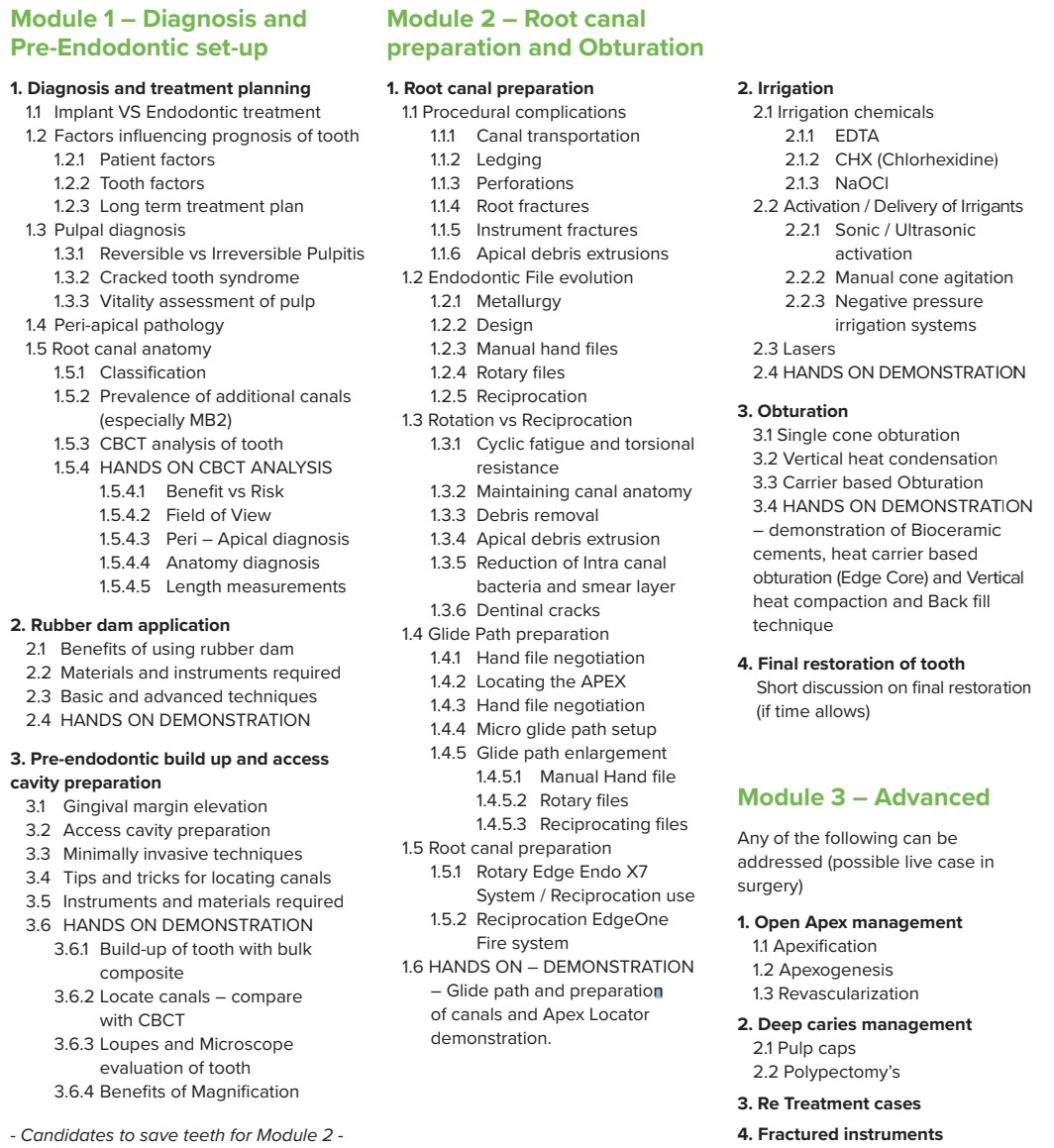